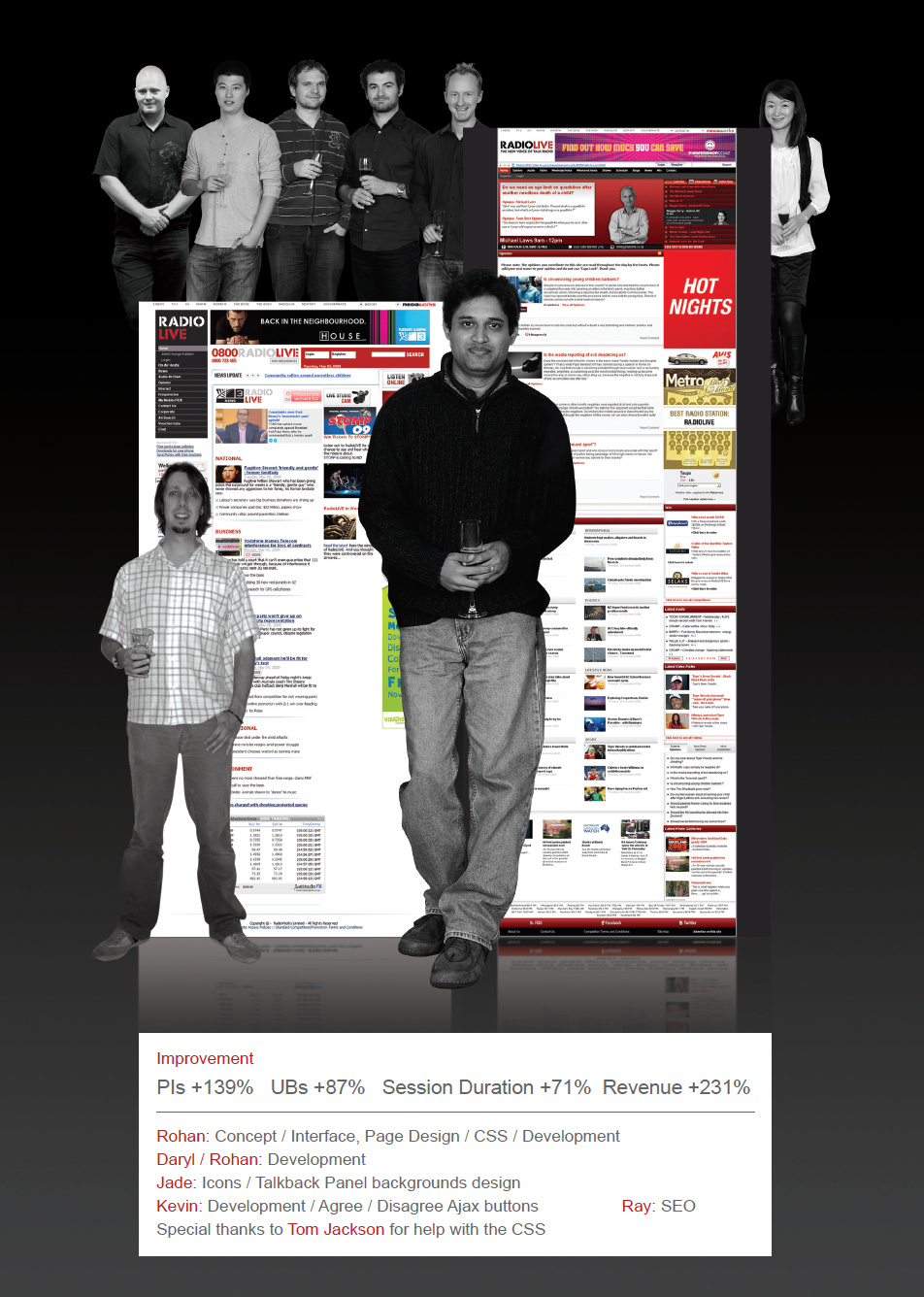 Radio Live was a live talk radio brand that had acquired a loyal following of listeners through it’s fresh open dialogue that challenged the popular narrative and offering different sides to a debate. I worked with a team of content producers, designers and developers to design a website that identified that we could go multi-channel and take this debate online.

We built an app that allowed users to contribute to the debate while it was still on air. Instead of merely being restricted to taking calls they could also see the debate being played out in real time online. This proved to be very good material for a radio host as it allowed them to pick up off material online while awaiting their next caller.

The outcomes were dramatic, page impressions went by up 139%, unique visitors were up by 87%, Session duration increased by 71% and the website revenue more than doubled to 231%.